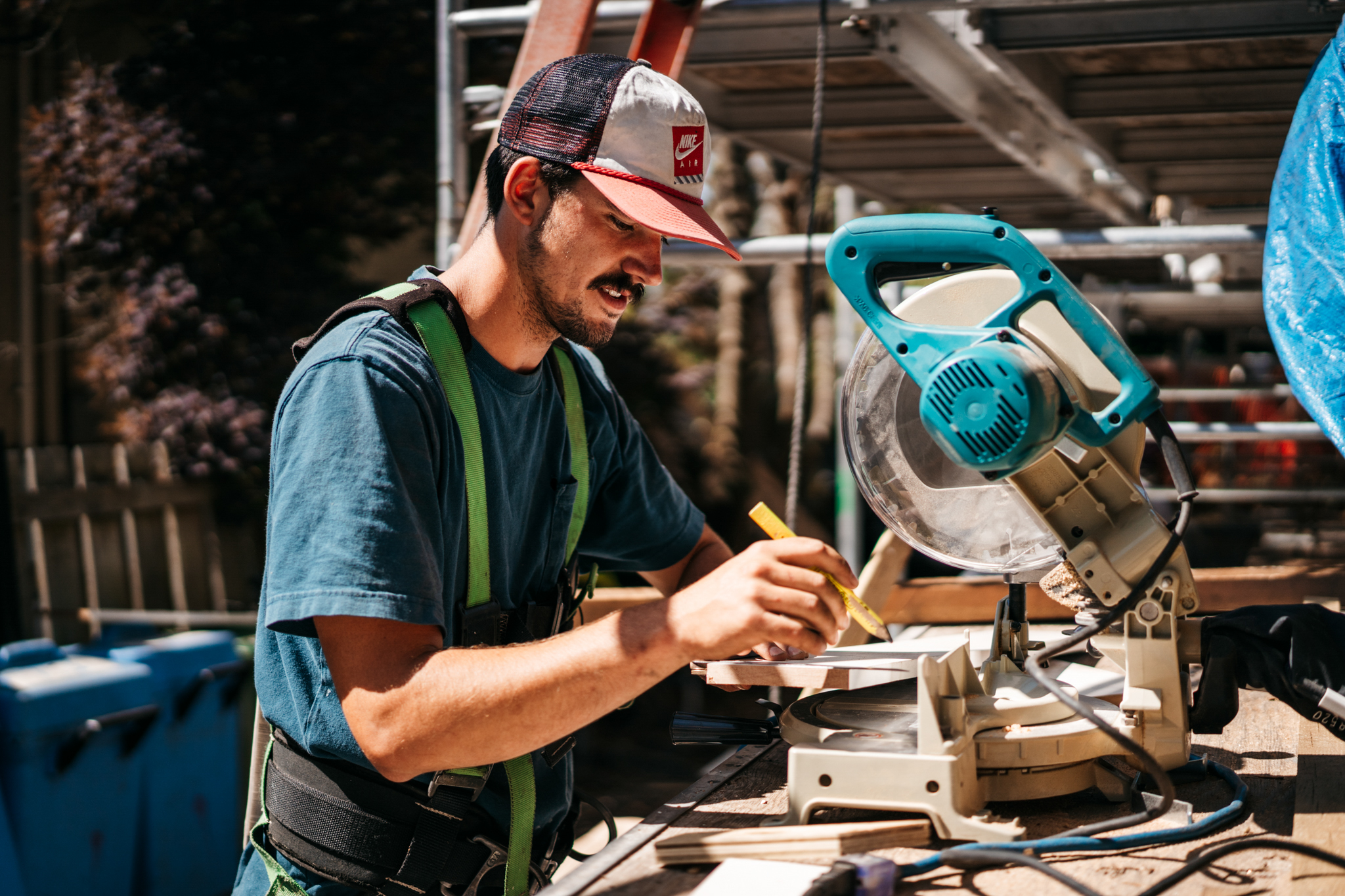 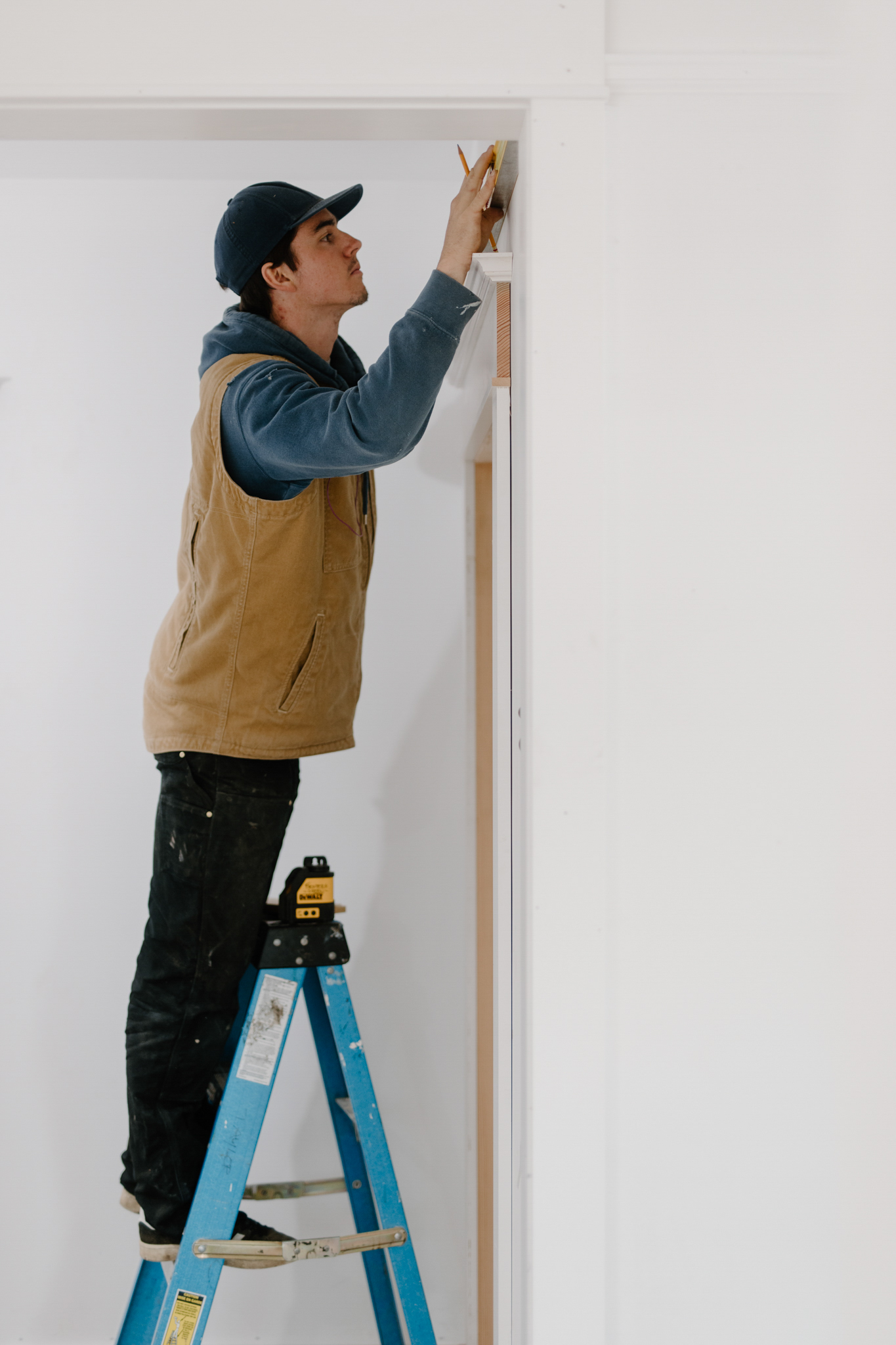 Our carpenters are well educated, trained craftspeople with a passion for building and a curiosity for progressing their trade that extends well beyond the work site. Each of us bring a unique skillset that have evolved from previous work, schooling and life experiences. Several of our team members studied at programs such as Algonquin College’s Heritage Carpentry & Joinery school where they gained practical skills in traditional forms of carpentry (i.e. joinery, timber framing and log building), heritage restoration, cabinetry (architectural millwork) and progressive building techniques. Others bring an array of trade experience from other well established colleagues in the industry, including: 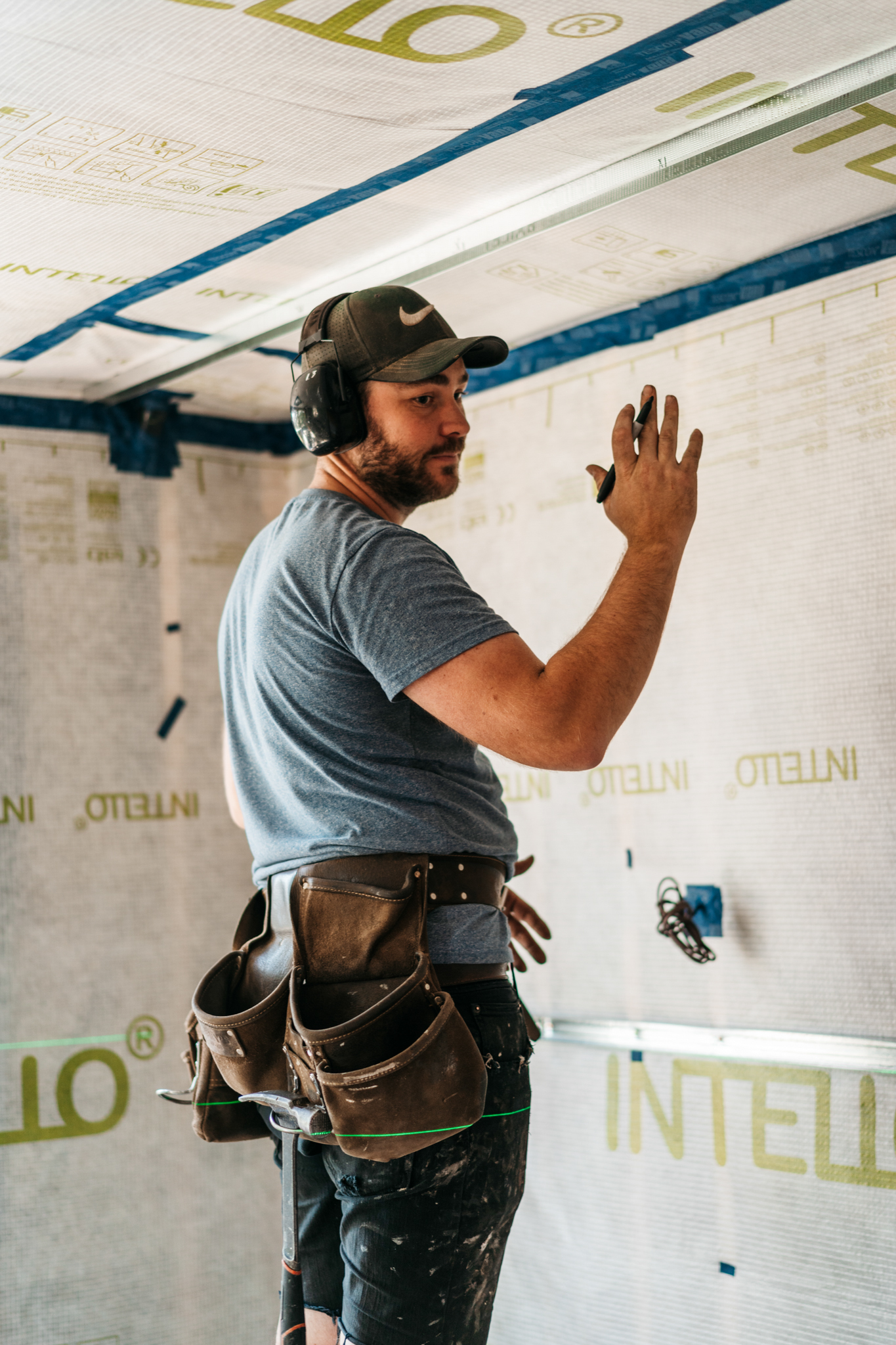 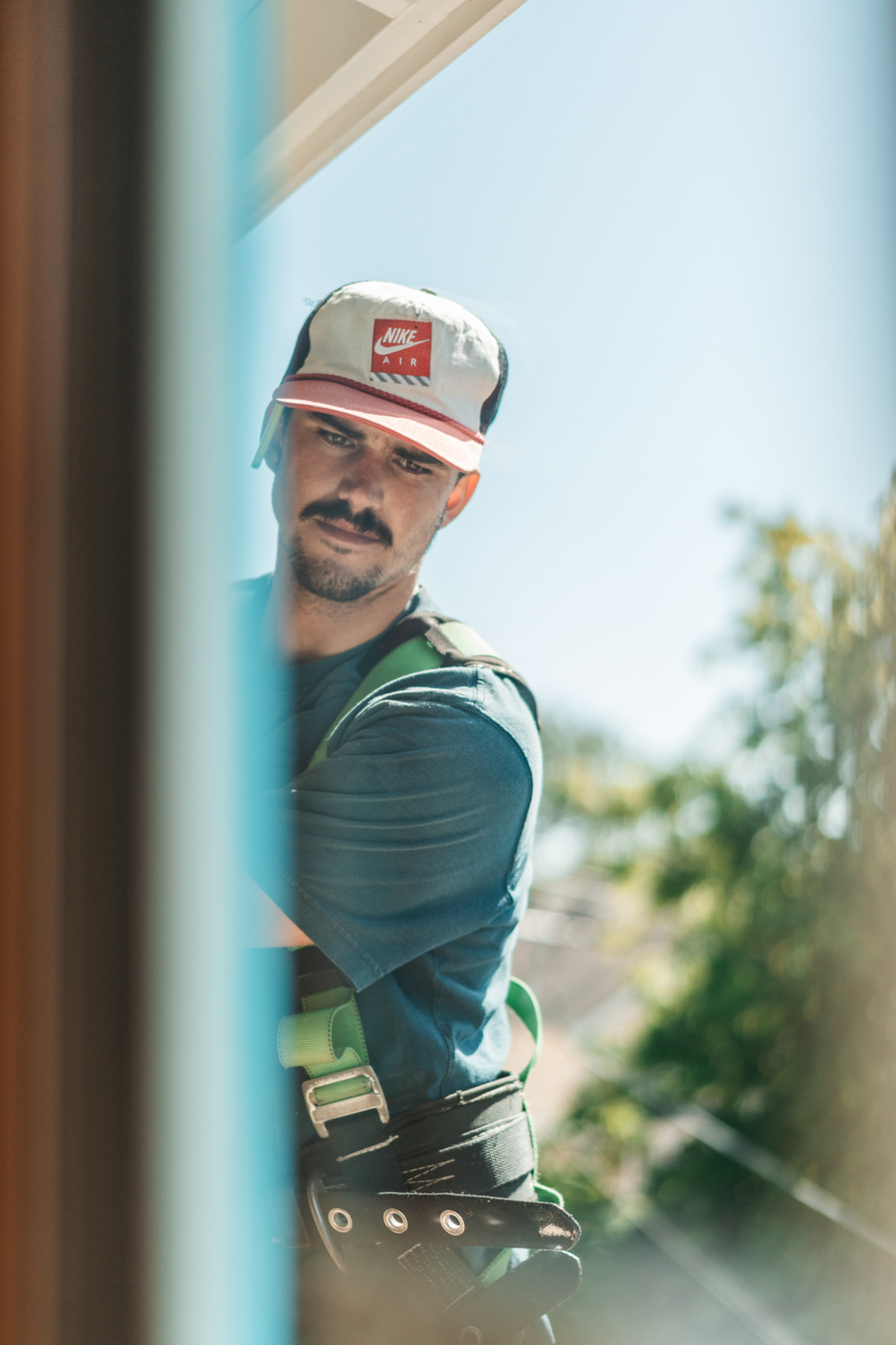 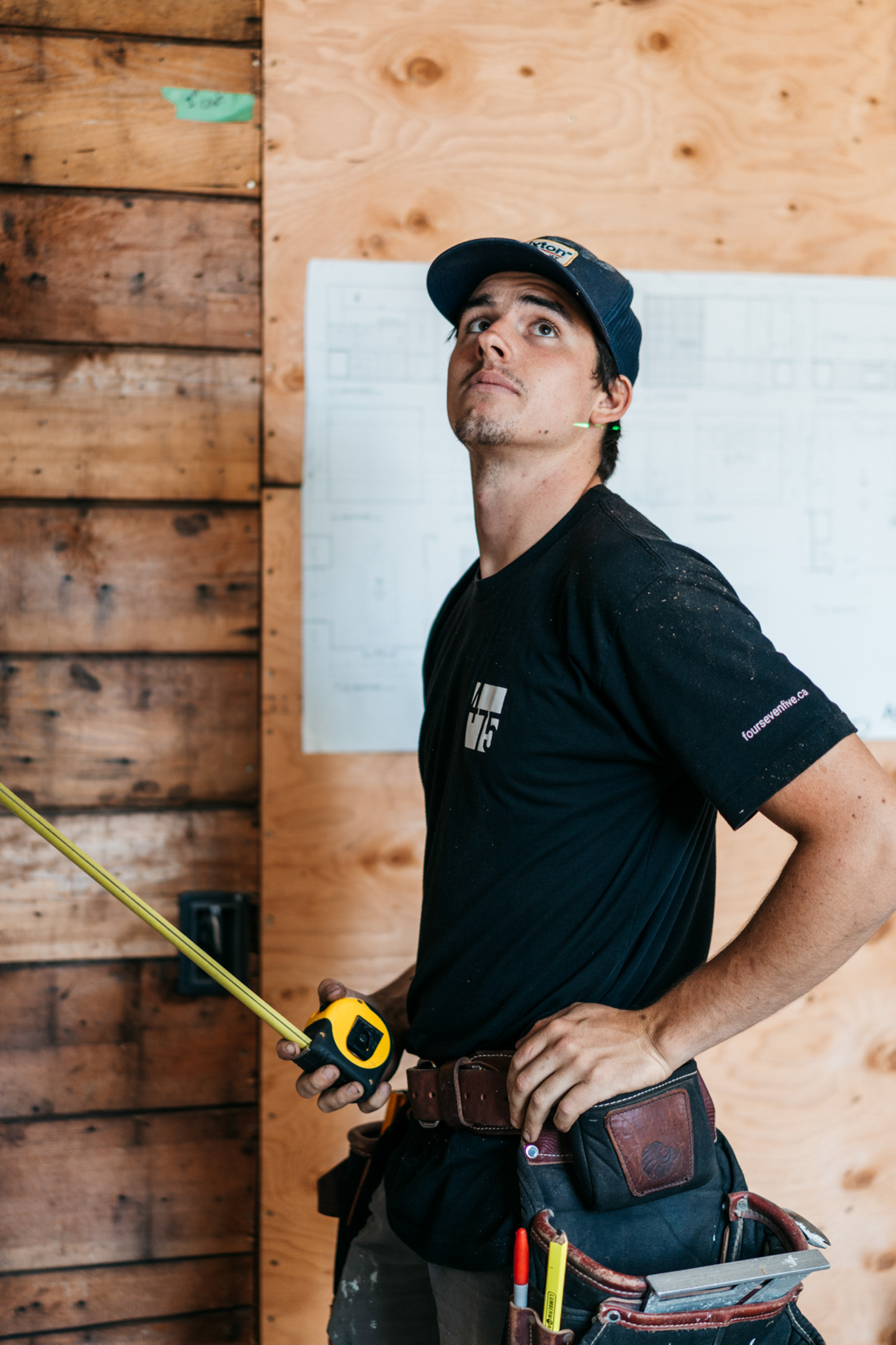 Originally from the UK, Gavyn has been living in Canada since January 2014. In late 2012 he travelled to Australia with a working holiday visa where he met his wife on a farm picking tomatoes. She happened to be from Victoria and now that is where we are based.

Expanding on his keen interest in being hands on and gardening, Gavyn acquired a job with a local landscaping company. Very quickly the transition to Carpentry began. After a successful home renovation, an opportunity was presented to work on a Passive House Plus project in Vic West. An area of construction determined to create energy efficient living.

Gavyn feels that responsible building practices and exceptional energy efficiency are essential for the future of sustainability and keeping our environmental impact low as possible.

In his off time, Gavyn enjoys attempting to surf with the Frontera crew, creating and expanding the annual vegetable garden, attempting to successfully bake a loaf of bread, and creating sweet delights. Gavyn and his wife also enjoy visiting the many beaches and trails the west coast of Vancouver Island has to offer with their dog Louie.

I am from a small town in Ontario, I grew up playing hockey all winter and soccer all summer. I found my passion for building at a young age. I always had in my mind that I would build homes on the west coast, with that dream in mind I decided to complete a Heritage Carpentry and Joinery Course at Algonquin College. That course landed me a job with Frontera Homes where I have since fell in love with Victoria and building even more. The west coast, the giant trees, the cold ocean and the mountains continuously inspire me.

In my free time you can find me in the ocean surfing or fooling around in numerous other sports. I love spending time with my family, exploring the island, and learning new activities.

After graduating high school, I took a year off and work for a masonry contractor. I ended up deciding to go back to college to take a general carpentry program, shortly after graduation I made the move to Victoria to start work for Frontera and to enjoy the west coast.

Outside of work and carpentry I enjoy playing and watching most sports, with the most recent sport being surfing. I also love music and going to live concerts. Family and friends are a big part of who I am, I love spending time with them, Generally at a sporting event or at a concert. 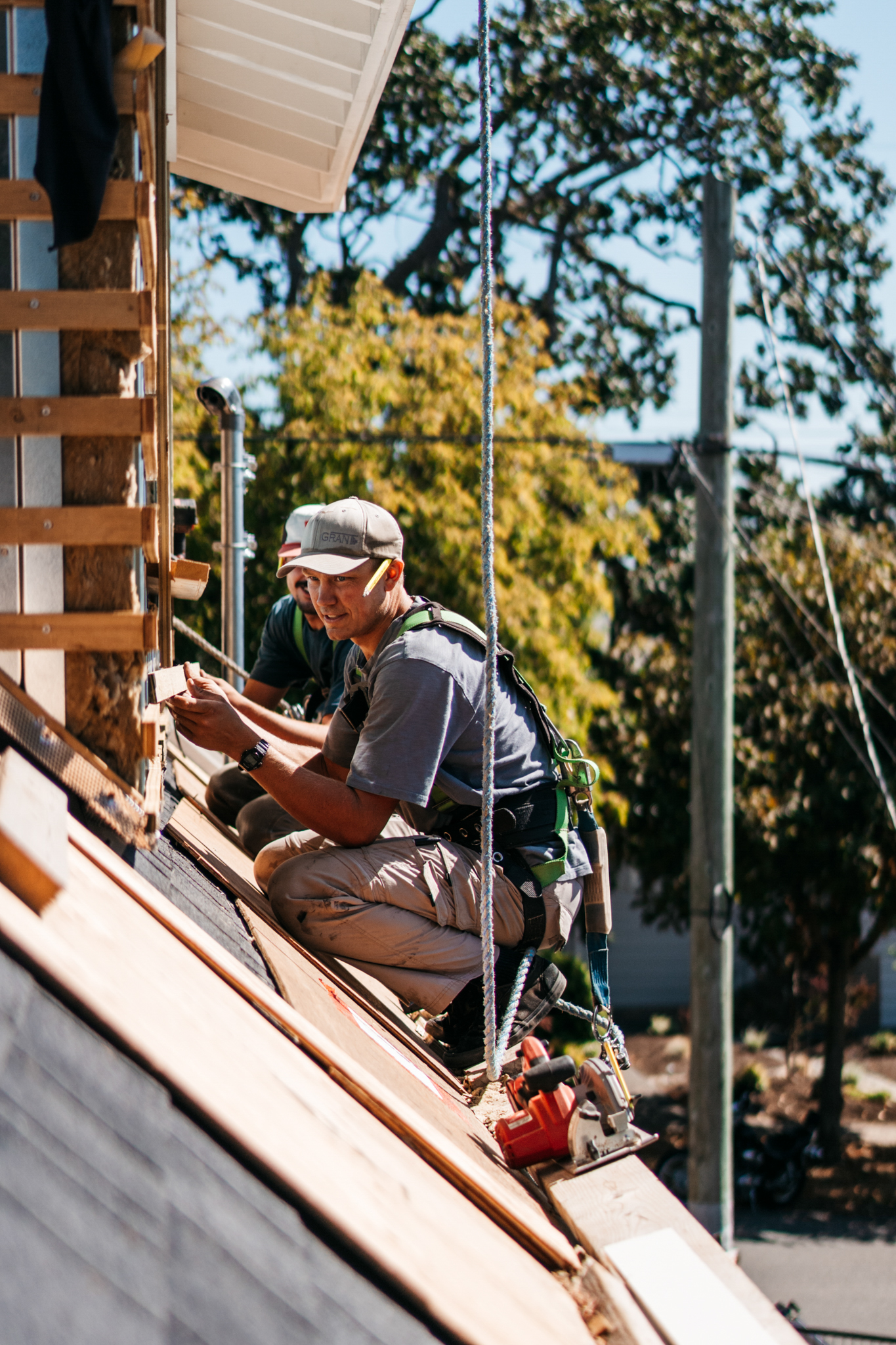 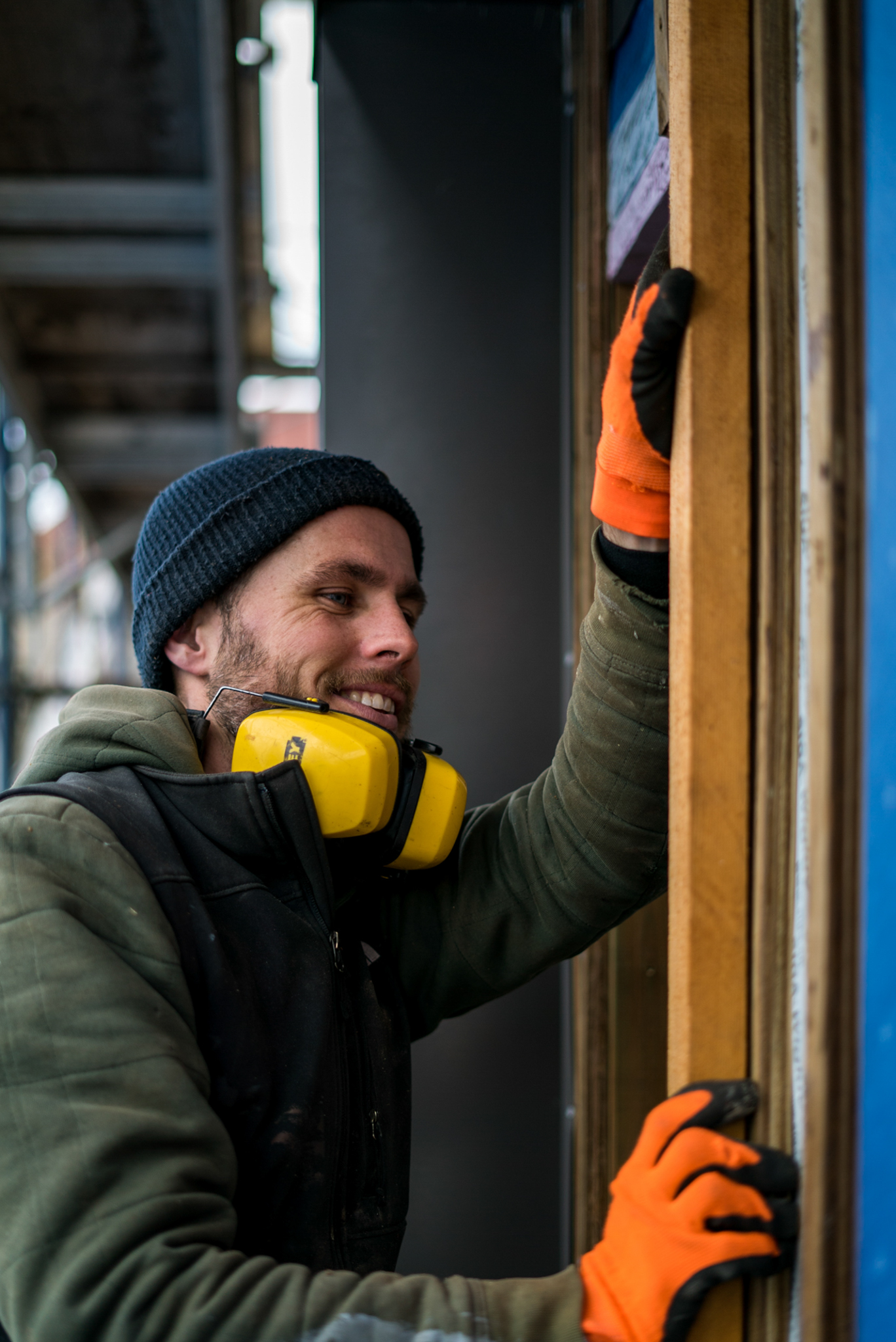 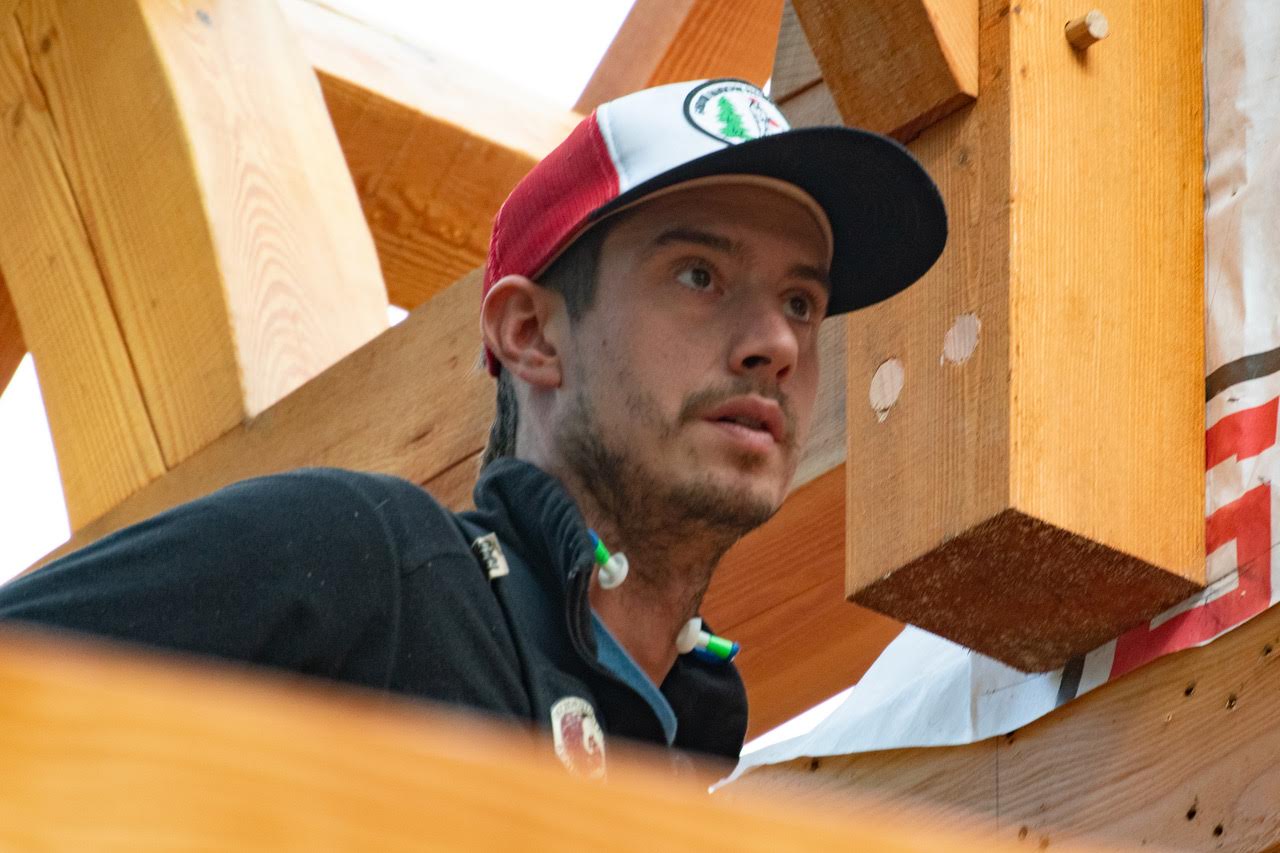 Taylor finds challenge and fulfillment operating Frontera Homes while continuing to explore the world at every given opportunity.  It is no wonder that the path that led him to start Frontera Homes stems from a combination of his love for the outdoors and traveling, as well as his passion for building.  The name Frontera brings both of these worlds together for Taylor, representing a street he lived on in Latin America and the motivation to be at the forefront of building with a focus on the environment.

Growing up in Ottawa, Taylor could be found playing hockey and skiing in the winter, or paddling the rivers of Ontario and Quebec in the summer.  Prior to university, he pursued two of his other passions:  skiing and surfing.  He first lived in a quaint ski town in the Canadian Rockies and then later moved to Byron Bay, Australia to surf.  Since that time, he has lived or traveled in dozens of countries in Southeast Asia, Europe, North Africa and Latin America. He comfortably speaks four languages including English, French, Portuguese and Spanish.

While studying Business (Bachelor of Commerce) and Political Science (International Development) at McGill University, Taylor spent his summers tree-planting in British Columbia and renovating homes back in Ontario. After graduating in 2005, he drove across Central America in a VW bug and surfed, worked, volunteered and studied his way through most of South America for 15 months.  In 2008, he returned to Ottawa to work as a LEED-accredited consultant (Leadership in Energy and Environmental Design), before returning to São Paulo, Brazil in 2009 to intern for a non-profit (Endeavor) and to teach English. While volunteering for an organization (TETO) that builds shelter for impoverished families living in favelas (slums), Taylor renewed his passion for sustainable building and carpentry. This led him to return to school and complete an additional 2-year degree; this time in heritage carpentry and joinery at Algonquin College in Perth, Ontario.  Most recently he has taken part one and two of the Canadian Passive House building certification.

In addition to operating Frontera Homes, Taylor volunteers with at-risk youth at Power to Be (Victoria, BC) and leads Latin American based experiential education programs with Where There Be Dragons, primarily leading treks through Peru.

Auggie was raised in Erin, Ontario, a small farming community located just outside of the Greater Toronto Area. He has a wide variety of work experience including the roles of shepherd, dog walker, landscaper, tree planter and farmer. During this time he would periodically work for his father’s contracting business, having the opportunity to gain experience in building.
In 2017, Auggie and his partner drove across Canada to Vancouver Island where they lived and worked on several organic farms on the Gulf Islands. This influenced their decision to settle in the beautiful city of Victoria, and after finishing a farm apprenticeship in the Fall of 2020, Auggie decided to pursue his carpentry career. Auggie has always been passionate about about the wilderness, whether it be backcountry camping, trail running or growing food. This lead him in search of understanding how his work and lifestyle might have a lesser impact on the environment. Frontera Homes provided the perfect opportunity to mix his passion for building and sustainability, and he joined the Fernwood net zero home project in November 2020.
Auggie’s diverse experience and love for the outdoors have showed him the importance of environmental sustainability, and rethinking how we build homes and energy systems to address the urgent climate crisis. Auggie believes that green building is vital in securing a better future for the world.

Originally from Kitimat BC, Brodie moved to Island in 2009 first landing in the Cowichan Valley and now  fortunate to call Victoria home.  Brodie is a Red Seal Carpenter and an active member of the Timber Framers Guild.  He comes to Frontera with more than 10 years of experience working primarily on timber structures.  Brodie has had an opportunity to work on and lead carpentry teams on a range of projects from the conservation of a UNESCO world heritage site to traditional timber framed homes.

Brodie was drawn to Frontera through their portfolio of heritage projects and emphasis on Green Building .  He enjoys the close comradery of his crew, and appreciates the feeling of community that is created when working with builders that "care".

On a day off you might find Brodie cruising a farmers market, playing a round of disc golf, grabbing a beer at a local brewery, or renovating his Fernwood home which he shares with his partner Louise. 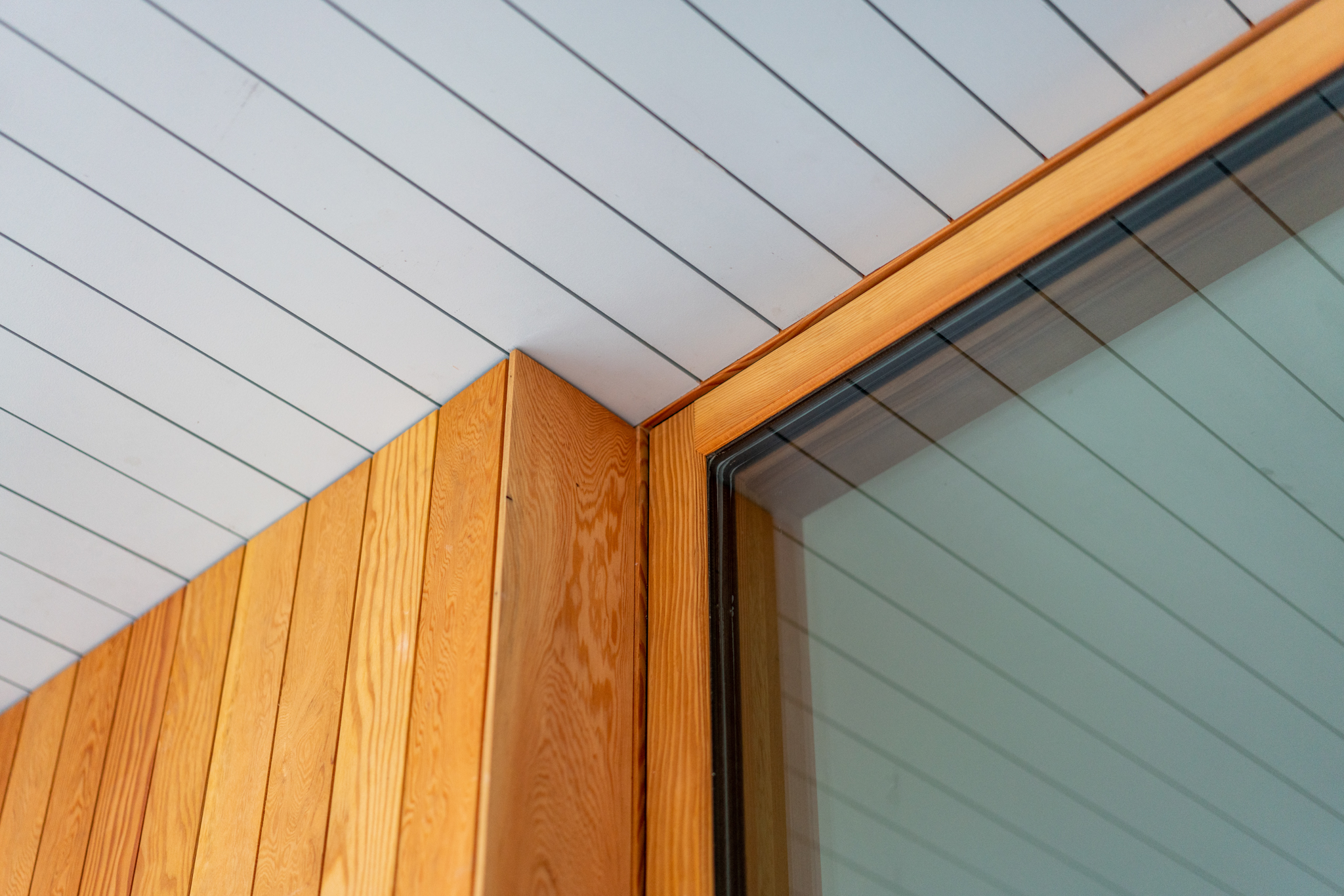 The team at Frontera Homes were a pleasure to work with! They have helped me with two separate renovation projects, and I was very satisfied with their approach. Great communication, helpful suggestions, creative ideas, and skilled workers, make for a well-run company with beautifully executed projects. I would hire them again, without a doubt.

Taylor and the Frontera Homes team are INCREDIBLE! It was our first time navigating a big renovation, and he took the time required to help us understand the process, and ensure our needs/wants were always met. The end results looks spectacular, my wife and I are very happy. Would recommend the Frontera Team to anyone!!

We've always dreamed of a special place to fill with family fun and memories. The team at Frontera delivered something beyond what we had envisioned. The amount of care for our home and the stellar craftsmanship was evident from day one. Frontera excels at going above and beyond with special touches that really set our house apart. We are so thankful we trusted Frontera with our home, and highly recommend them for all your building needs.

To all the beautiful, loving Mums in our life….t 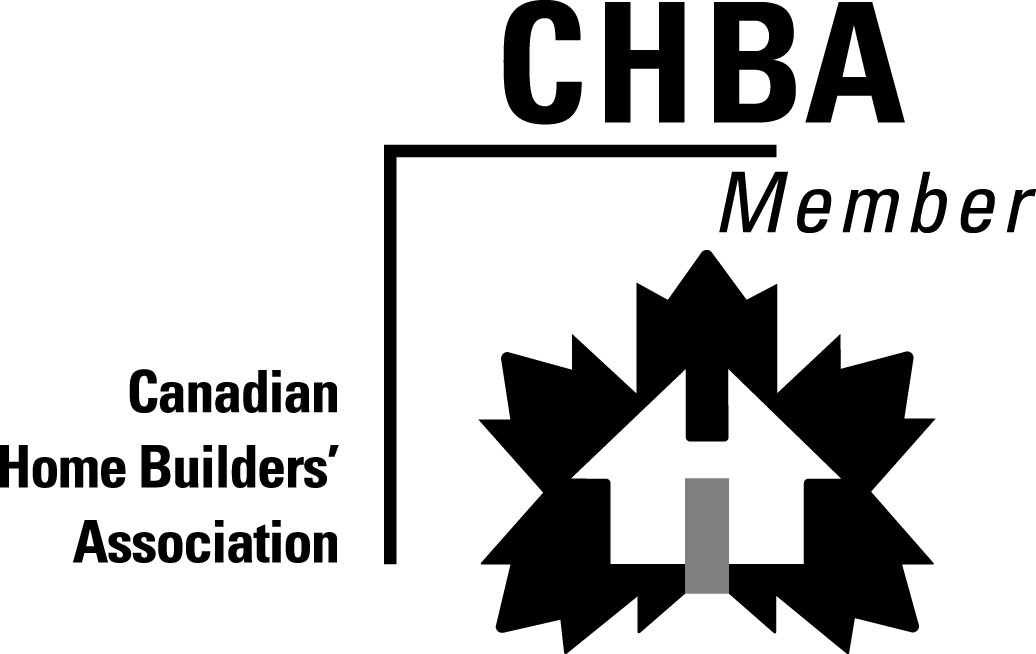 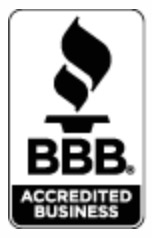